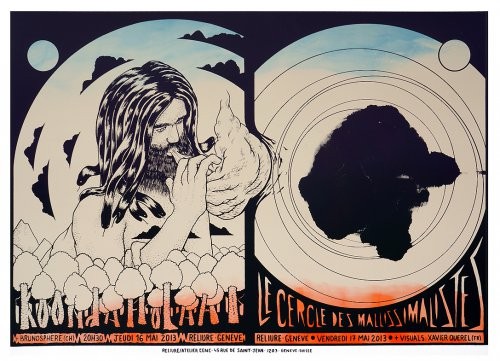 Kamilsky was born in 1969 in Czechoslovakia. He began playing in F.P.B as a teen (then and now one of the most original and infamous punk rock underground bands the Czech music scene produced in the 80’s), and therefore spent two years in jail. He left Germany and started Pseudo Pseudo, a bass & drums duo precursor of math rock formations. In 1992, he emigrated to California. In 1995 he played with the Residents as bassist on the Freak Show tour. Since then he accumulated many collaborations with Steve Mackay (Stooges sax), Mike Watt, Lydia Lunch, Bastard Noise, Amps For Christ, Sikhara, Už Jsme Doma.

free album : koonda holaa - 10 acres of the finest sand
koonda holla - i came to this country
koonda holla & the beetches - vulva with revolver